I was just listening to Robert D. Raeford on the John Boy & Billy Big Show.  He was telling a story a guy sent in.  It was about buzzard hunting.  He and his buddy would lay on the ground near buzzard sitings and pretend to be dead hoping they would land on them at which time they would spring to life and grab them.  Sorry they didn’t smell dead, so they never caught one.

This reminded me of a story about my brother Danny and me.  We didn’t have guns at the time.  We were too young to handle such lethal weapons, but a butcher knife, now that was a different story.  We were sitting around wondering what we could do that would be exciting on such a morning.  You know how idle minds work. . .

We had been pulling cockleburs in the bean fields around this time and while doing so we’d seen many rabbits eating the soy bean leaves.  Ah, we saw a plan coming together.  Butcher knives and rabbits.  So we took off to the soy bean field with butcher knives in hand. 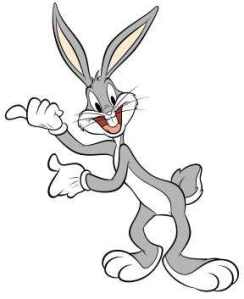 the row alleys and then we’d spring into action.  There were probably three or four hundred rows of beans, but it didn’t take but maybe a couple of dozen rows before we spotted one.  It was sitting on the side of the row nibblin’ away at the leaves.  Danny and I looked at each other and then back at the rabbit.  Apparently he had seen us.  Probably thinking he was safe even with us, he still took a hop up into the top of the row inside the bean stalks out of site.

So, Danny and I got in the alleys on either side of the row and started walked stealthily towards our prey with knives at the ready.  We were feeling the moment.  Closer, closer and closer we got.  No motion for our prey.  As we got within less than four or five feet, we raised our knives ready to strike.  But we underestimated something.  Rabbits fight back apparently.  That rabbit jumped straight up out of the bean row and landed square against Danny’s chest, knocking him on his back in the alley and took off.  I jumped the row, but the rabbit had escaped our cunning abilities.

I looked down and there lay Danny trying to catch his breath.  The rabbit’s attack has knocked the breath out of him.  He just lay there on his back trying to suck in air with knife still in hand.  Whew!  Thank goodness the rabbit didn’t turn his weapon on Danny.  He’d a been a goner for sure.  What an embarassment, but all I could do was laugh.

Well after Danny recovered and got up we were too disappointed at our attempt so we went back home to find something else to do.  There wasn’t much refining that attempt at excitement.  So we didn’t do that anymore.  The rabbit was right.  What good were we at knife hunting rabbits anyway?

I'm a 70 yr old guy, who had worked in Naval Hospital Camp Lejeune for 28 yrs and now retired as of 31 Dec 16. I've worked in medical records, Health Benefits Department, Billing, the IT department and retired as the Personnel Security Manager for the hospital. I'm a musician and Corvette enthusiast. Yes, I have had two. I traded my second Corvette for a Harley Davidson Fat Boy mid-summer 2019. I've already ridden about five thousand miles. I'm also searching for a fresh new outlook on life with new spiritual insight among other things. I was ordained a minister on 20190202. I've found that with the unconditional love of my companion, Libby Rowe life is complete through God. She's a beautiful, vibrant, giving woman who gives her all in everything she puts her mind to do. She and I married 24 July 2015. She's also taking the Apprentice course to obtain her ordination as well. She finished her first year of study and has been ordained as an Exhorter. She has a blog too called Under a Carolina Moon. Give it a visit.
View all posts by Jim →
This entry was posted in Uncategorized. Bookmark the permalink.