I had an interesting day yesterday.  To lightly preface this, I’ll say I picked up a very part time something to do.  No set hours, no set days.  no particularly set pay.  I just show up when I’m called and drive a car to another dealer or go to another dealer with a chaser driver and pick one up.  With that, I may make a little money, I may not.  It depends on what the dealer wants or needs.

With that said, yesterday I got to meet who I’d heard was an elderly gentleman, who is in 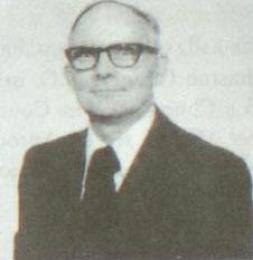 Durwood Stokes in his earlier years, yet still serving God

charge of calling drivers when needed.  I also found out he was, or I should say still is a preacher.  A pastor of two churches still, in fact.  The fascinating part is he used to have five churches and has cut back to two.  That and coordinating drivers during the week as well as driving some himself.  For 30 some of those years as a pastor he did so in Johnson County up around Smithfield, NC and Rocky Mount.

Okay. . . you ask.  Two churches, coordinates drivers for a business.  Yes.  He does.  And to add to that is the fact that he’s 90 years old.  Yes, ninety years old.  He’s very active to say the least.  Some of you may know him.  His name is Durwood Stokes.  He was born in Ayden , NC.

Well, yesterday he called me to drive a car to Wilmington and he’d follow and pick me up to bring me back.  For young me, still used to clipping along the highway at least seven to eight over, this was a challenge to following him down.  He did not go over 57 mph and that only when we were on a downhill slope.  I set my mind to “appreciate” and let the ride take us down.

We got to the dealer down there and I went in and dropped off the keys and got the VIN number to take back with me.  Awaiting me when I came out was Preacher Stokes, as I shall call him.  I got into the car and I immediately felt the presence of God.  We started with the usual “get to know you” chat and then on to a small lesson on the simplicity of the Gospel.  From that we talked all the way back to Jacksonville in a more than usual presence of God.  We talked about a lot.  Why Jesus was baptized.  The only commandment that made a promise, tithing, the work of the blood, the reason Adam fell.  We covered quite a bit of Biblical territory in the Mount of Transfiguration and the significance of it.  Old verses New Testament principles in general were a part of the themes of conversation.  All this while I heard God say I could sit at this man’s feet and learn.  Somewhere along the way I repeated this to Preacher Stokes.  He was quiet.  He then asked me why and I told him God spoke to me while we were riding.

When we finished the ride he shook my hand, told me he enjoyed our talk and we would do this again sometime.  I’m glad I got to meet this man.  He is a very learned man by experience and by study.  I could feel the spirit of this man is very settled and calm.  He knows where he stands in God.  I can say I’ve never met a man such as he.  God has truly blessed him.  I look forward to seeing him again.

I'm a 71 yr old guy, who had worked in Naval Hospital Camp Lejeune for 28 yrs and now retired as of 31 Dec 16. I've worked in medical records, Health Benefits Department, Billing, the IT department and retired as the Personnel Security Manager for the hospital. I'm a musician and Corvette enthusiast. Yes, I have had two. I traded my second Corvette for a Harley Davidson Fat Boy mid-summer 2019. I've already ridden about seven thousand miles. I'm also searching for a fresh new outlook on life with new spiritual insight among other things. I was ordained a minister on 20190202. I've become certified with the American Chaplaincy Association through Aidan University in June '21. I'm the Director of Emerge Chaplain's Response Team. I've found that with the unconditional love of my companion, Libby Rowe life is complete through God. She's a beautiful, vibrant, giving woman who gives her all in everything she puts her mind to do. She and I married on 24 July 2015. She was ordained in February 2022. She has a blog too called Under a Carolina Moon. Give it a visit.
View all posts by Jim →
This entry was posted in Ponderings. Bookmark the permalink.