Throughout time, people of many races throughout the world have always taken some degree of unkindly thought of anyone not of their own.  From as far back as one can remember of societies it is seen.  Countries developed for this very reason.

The Scotch people would rival one another over who’s clan they belonged to.  Same skin color, but I get it.  Hatfields and McCoys.  Both white but different families.  Differences start for many reasons.

Blacks and whites.  Oh wait.  There are yellows, too.  Perhaps creamy in between.  Even whites, like blacks have shades of white.  Norwegian verses Hispanic shades of white.  Indians are red.  Is it really color as or more so than just plain fear of someone who’s culture is different from another one’s culture.  Color I think is more the defining feature to identify the differences in culture more than the color itself.

I’ll admit whites of the colonial days considered native indians to be savages.  In today’s light, who is a savage?  That leaves for a debate on it’s own.

Whites would have never made success out of making blacks from Africa slaves without the help of  neighboring tribes of blacks dabbling in slave trade, by selling members of other tribes into slavery, thus blacks played as much a role in black slavery as did whites.

A quote here from a NYT’s article goes thusly.  The historians John Thornton and Linda Heywood of Boston University estimate that 90 percent of those shipped to the New World were enslaved by Africans and then sold to European traders. The sad truth is that without complex business partnerships between African elites and European traders and commercial agents, the slave trade to the New World would have been impossible, at least on the scale it occurred.

And to go on, The African role in the slave trade was fully understood and openly 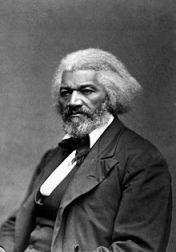 acknowledged by many African-Americans even before the Civil War. For Frederick Douglass, it was an argument against repatriation schemes for the freed slaves. “The savage chiefs of the western coasts of Africa, who for ages have been accustomed to selling their captives into bondage and pocketing the ready cash for them, will not more readily accept our moral and economical ideas than the slave traders of Maryland and Virginia,” he warned. “We are, therefore, less inclined to go to Africa to work against the slave trade than to stay here to work against it.” (in part from an Article by HENRY LOUIS GATES Jr. APRIL 22, 2010)

There is such a thing as white slavery as well, but it seems white women bear the brunt of this type of slavery.  It’s not for picking cotton, but deemed, at least by myself, of a deep rooted kind of character assassination of women’s souls simply for the lust of sexual satisfaction by evil men of all races.  Iran played this with whites as well as blacks prior to 1826.  It’s history.  It can be readily found in books and on the internet.  Russia put an end to it in 1826.

The United States in its formative years was not a fluke nation on slavery.  It’s been a practice world-wide since mankind appeared on the face of the earth.  Every nation is to blame for this practice.  Even Jewish people would sell themselves into slavery when dire circumstances befell them simply to pay a debt.  At least they had the Year of Jubilee (every 50 years) when all people were freed of debt and slavery and were allowed to return to their rightful property.  Those who remained slaves then did so out of respect for their masters and their own willingness to serve their masters out of their own love for them.  The Greek word for these type slaves was called a “love slave”, but not in the physical sexual sense.  It was out of devotion to another.

Racism in my own younger years was best described as a member of a family who were members of the KKK.  but then again, the KKK back then didn’t hold solely to the idea of an Aryan race.  We actually were equal opportunity in justice.  I knew a woman in the neighborhood who was fooling around on her husband and a cross got burned in her front yard just as quickly as one that might have been burned in a black family’s yard for some other issue.

I witnessed racism first hand in my battery in Germany where I was stationed.  I was quietly trying to write home one evening and a potentially violent confrontation erupted in the hallway outside my door when a group of whites and blacks got into a shouting match over race.  It dawned on me at this time that this type of behavior was detrimental to the cohesion of the moral fabric of this nation.  The military had to deal with it.  Some people were transferred to other units the next day and I was assigned as security in the transport of one of those who instigated the prior evenings event.  The military doesn’t play favorites on race.  All races have an equal footing to either excel or fall upon their own sword.  It’s not an experiment.  It’s a ladder of responsibility set forth by rank.  You obtain that rank not because of color, but because you accepted the requirements within that rank and performed them to the best of your ability.

I came home with an entirely new view of the world.  No more color.  It became evident to me later on when I realized that Sunday mornings were the most racist of all days.  Blacks went to black churches and whites went to white churches.  No one seemed to dare encroach on that sacred ground.  It was the late 70’s when my pastor brought in a speaker for a Sunday evening service and I could hear a collective gasp when the young man appeared when introduced.  He was a black minister who had started a church in the heart of downtown Wilmington on the busiest drug exchange street corner.  He called it The Soul Saving Station.  This church is still there and has brought up in its midst several with the calling to spread the gospel of Christ.  Since that time I began to see Sunday mornings as less than racially divided.  Still, sadly, we have remnants of that divide still with us.  God didn’t create men to be racially divided in our minds.  I feel He created it as a challenge for us to overcome in our maturity as humans in His sight.

I’m a fan of Dr. Martin Luther King Jr.  He was a man of vision well before his time.  One black man who’s courage stood in the face of opposition with a heart that stood for the right reasons.  Some will say ill of him, but like David of old whose heart was not perfect kept it soft for God’s hand to shape and mold it for the Kingdom.

Racism has no part in my vocabulary.  We are all men and women of this earth.  It’s not just a “can’t we all just get along”.  It’s a “let’s settle the issue in our hearts”.  We’re in this together and race isn’t to play a part in our lives.

I think it’s more a fear of not knowing one another because we just don’t get together and weigh our differences and see the good in situations and work from that.  Together we can build a lot more when we have the following quote in mind.

I refuse to accept the view that mankind is so tragically bound to the starless midnight of racism and war that the bright daybreak of peace and brotherhood can never become a reality. . .   I believe that unarmed truth and unconditional love will have the final word.  –  Dr. Martin Luther King Jr.

Unconditional love.  The basis of all problems are solved when we learn that kind of love for one another.

I'm a 71 yr old guy, who had worked in Naval Hospital Camp Lejeune for 28 yrs and now retired as of 31 Dec 16. I've worked in medical records, Health Benefits Department, Billing, the IT department and retired as the Personnel Security Manager for the hospital. I'm a musician and Corvette enthusiast. Yes, I have had two. I traded my second Corvette for a Harley Davidson Fat Boy mid-summer 2019. I've already ridden about seven thousand miles. I'm also searching for a fresh new outlook on life with new spiritual insight among other things. I was ordained a minister on 20190202. I've become certified with the American Chaplaincy Association through Aidan University in June '21. I'm the Director of Emerge Chaplain's Response Team. I've found that with the unconditional love of my companion, Libby Rowe life is complete through God. She's a beautiful, vibrant, giving woman who gives her all in everything she puts her mind to do. She and I married on 24 July 2015. She was ordained in February 2022. She has a blog too called Under a Carolina Moon. Give it a visit.
View all posts by Jim →
This entry was posted in Ponderings. Bookmark the permalink.