Ah! what a beautiful fall day!  I love the fall more than the other seasons.  Can’t pinpoint

a specific reason why, but I could try.

Spring has its hopes of new growth under the warmth of the early rising sun. Days getting longer.  It’s a time for getting out from the cloistered rooms of home to enjoy the new fresh smells of life budding out into flowers.

But fall.  It has a different facet that makes me feel at one with all things.  It’s the time of harvest.  From the labors of the field come the fruits of the summer time growth.  The leaves display their colors and fall to the ground.  The warmth of the sun succumbs to the chill of the fall and coming winter season.  Jackets come out and we watch as our breath fogs the air in the early morning.  Frost is due anytime now and the grass will turn brown and no longer need cutting till next spring.

But aside from what we can see, feel, smell and touch with our natural senses, I tend to sense something deeper inside me.  It’s like a connection to the spiritual realm.  I’m calm inside.  I’m at peace with the world.  I’ve always felt this every year of my life.  Could it be tied to my birth?  I was born on October 25th.  Sixty eight years old this time around.  How did I do it?  I can only answer that I am blessed.  My health is good considering my age.  One thing I’m sure about.  God is in control.  Nothing gets past Him.

For a surety my son, I have given thee longer life.  And even more still.  There is a best time in your life ahead.  You want to minister My Words to people’s hearts in a way to cause them to see Me.  It shall be so. 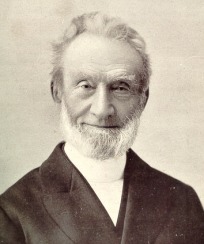 That’s what I hear God say to me.  I once read the biography of George Mueller.  He was a German/English Christian evangelist who oversaw Ashley Down Orphanage.  This orphanage took care of over 10 thousand children over it’s time.  The thing that impressed me most about this man was that God used him mightily during this time, yet he didn’t start a traveling evangelistic ministry until he was 70 years old.  He went on to preach until he was 87 years old and then retiring back to England after traveling, it is estimated to have been, over 200k miles.  He died at the age of 92.  As I recall hundreds of thousands of dollars flowed through his ministry, yet when he died, he died with very little of his own.

I identify with this man for some reason.  I am from German decent as well.  My 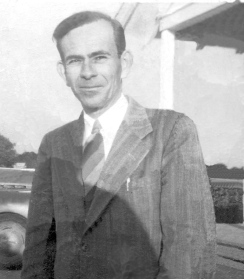 grandfather was a Baptist minister and was the Germanic influence in my life.  He was a small man in stature, yet in the spirit he was a giant of a man.  I have a picture of him on my wall of fame as a man who inspired my life to be what it is to a large extent today.

Perhaps my best days still lie ahead.  I can only trust God in the matter of that being true.  One thing is for sure.  The time has come when there is nothing in me as in my younger days.  It was an itch to preach.  I know longer have that.

All I care to do is to stand before the people, bow my head and silence myself, clearing a path through this vessel that He may speak.

I'm a 69 yr old guy, who had worked in Naval Hospital Camp Lejeune for 28 yrs and now retired as of 31 Dec 16. I've worked in medical records, Health Benefits Department, Billing, the IT department and retired as the Personnel Security Manager for the hospital. I'm a musician and Corvette enthusiast. Yes, I've have had two. I traded my second Corvette for a Harley Davidson Fat Boy mid-summer 2019. I've already ridden about three thousand miles. I'm also searching for a fresh new outlook on life with new spiritual insight among other things. I was ordained a minister on 20190202. I've found that with the unconditional love of my companion, Libby Rowe life is complete through God. She's a beautiful, vibrant, giving woman who gives her all in everything she puts her mind to do. She and I married 24 July 2015. She's also taking the Apprentice course to obtain her ordination as well. She finished her first year of study and has been ordained as an Exhorter. She has a blog to called Under a Carolina Moon. Give it a visit.
View all posts by Jim →
This entry was posted in Abundant life, church, Dreams, Health, Memories, Patience, Ponderings, Possibilities, Sobering Thoughts, Spiritual, Spiritual Investment. Bookmark the permalink.