Quite a contrast there in that title, eh?  What would one have to do with the other is a question I’m sure is sprinting around in your head at this moment.  Let me explain.

I do at least portend to be a discrete gentleman about my girlfriend.  I tell her she’s beautiful.  This I truly mean.  Even from high school she was such a woman. 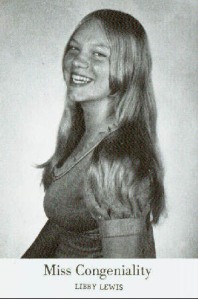 Eyes that dance with excitement.  Lips that are full and teeth that are perfect.  Yes, teeth are an important part of her beauty.  Blonde hair that is truly blonde.  Yes, with age she covers the gray, but it’s a natural color blonde of her youth.  I tell her all the time she’s beautiful, extremely beautiful and she has now taken note of it enough to question herself about it.  No one, especially her ex ever told her such a thing.  Honestly, I can’t believe he didn’t see it.  You see, she’s beautiful on the outside, but she’s also beautiful on the inside.  She’s full of life and adventure.  She doesn’t mind trying anything at least once.

She’s now 55 yrs old and I would stay discreet to say she have a healthy appetite for sex.  This has been a boon for me, except that now at sixty, I have to take things slow and deliberate.  Okay, she has a voracious appetite for sex.  She’s told me that she never dreamed of this level of enjoyment at any point in her life.  That I appreciate.  On a serious note, I had a scare a few years back where my cardiologist told me I’d had a heart attack.  After a stress test, sonograms and eventually a cardiac cath, I was pronounced free of the diagnosis of such including the diagnosis of left ventricular hypertrophy fifteen years prior.  In this process I became somewhat impotent.  I couldn’t deal with it.  My wife at the time wasn’t helping me overcome this.  I certainly wasn’t buying into such a loss.  Libby has been so good to me in regaining my virility.  She’s such a kind, loving woman.  She’s always willing and ready and I love it.  One thing she has repeatedly told me is that I’m the only one she wants and I believe her.  I really do.  I don’t put our very healthy sex life in the forefront.  I find it to be the result of having developed a well-rounded relationship of which this is the fruit of it.

My issue is this.  I want to tell the world about her and all the above and more, but I don’t feel it proper (except I just hung it out there in this post), to say such things.  I’ve found myself now telling people who ask about her something a bit different about her that is just as extraordinary.  She’s cook’s like Betty Crocker.  She can cook anything like a master chef.  How she does it I don’t know.  It has to be a natural talent.  I went over for dinner one evening and she had made these biscuits that looked vaguely familiar.  I asked her about them and she said they were made from some recipe like that of the Cheddar Bay biscuits you get at Red Lobster.  I took a bite into one and my heart melted.  My mouth watered.  Tears of joy ran down my face.  Okay, that last sentence went overboard, but you get the picture.  These biscuits were as good or better than the ones at Red Lobster.

So, instead of telling people who ask me about her, I don’t tell them, oh YEAH!, she can make love like no other with passion.  We hang from the ceiling and have mirrors on the walls.  I don’t say she’s a screamer or anthing like that.  I’m not saying she is.  I’ll leave that to your imagination.  I tell them, damn this woman can make a biscuit that’ll make you wanna slap your mama.  Then they look at me like damn man is that all you can say?

Well, did I tell you she’s beautiful? 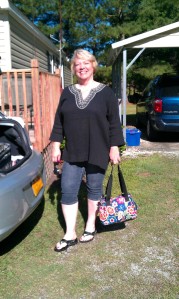 I'm a 70 yr old guy, who had worked in Naval Hospital Camp Lejeune for 28 yrs and now retired as of 31 Dec 16. I've worked in medical records, Health Benefits Department, Billing, the IT department and retired as the Personnel Security Manager for the hospital. I'm a musician and Corvette enthusiast. Yes, I have had two. I traded my second Corvette for a Harley Davidson Fat Boy mid-summer 2019. I've already ridden about five thousand miles. I'm also searching for a fresh new outlook on life with new spiritual insight among other things. I was ordained a minister on 20190202. I've found that with the unconditional love of my companion, Libby Rowe life is complete through God. She's a beautiful, vibrant, giving woman who gives her all in everything she puts her mind to do. She and I married 24 July 2015. She's also taking the Apprentice course to obtain her ordination as well. She finished her first year of study and has been ordained as an Exhorter. She has a blog too called Under a Carolina Moon. Give it a visit.
View all posts by Jim →
This entry was posted in Humor. Bookmark the permalink.

2 Responses to Sex and Biscuits