I like to work with new fangled stuff like computers and widgets of sorts.  My problem lies with the fact that I’m not really interested in how they work anymore.  I used to be.  In fact I used to be the command’s Information Assurance Manager at Naval Hospital Camp Lejeune.  What made this change of mind?

I wear the badge of po’ farm boy done good.  I was born in 1950 in a VERY rural eastern North Carolina where just having electricity was a luxury.  Hell, we didn’t have indoor plumbing till I was almost ten years old.  My dad somehow managed to drive a shallow well through the floor in the kitchen and then built a cabinet around it in such a way as to have the hand pump pump water straight into the sink.  Always was a quart jar of water next to the pump to prime it.

Well, anyway, I recently signed on for a new smart phone.  It’s a HTC Inspire.  It really 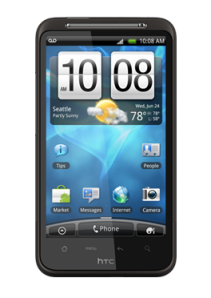 doesn’t inspire me, unless you count “Angry Birds” inspiring.  I don’t know why I got it except it has bells and whistles like I used to look for.  I guess its the residue of those by-gone days of wanting the latest greatest.

Okay, I got off on a trail.  I’ve changed my mind about techno wiz-bang stuff, because, as a friend of mine who used to own a computer store said, “Computers barely work”.  This stuff will break down with more regularity than my Corvette.  That’s another story, but safe to say, the engine is ruled over by OBD I, a computer.

My computer has ought with one of the many patches MS pushes out so I quit allowing auto-updating.  It makes my computer crash.  I have learned though.  I’ve bought a 500 Gig and a Terabyte external hard drive.  Redundancy is the name of this game.  I keep no files on my computer except what it takes to run it.  If it crashes I’ve saved my stuff.

Again, I need to focus.  This new phone has an 8 Gig micro S/D card to store the phones information on.  All my pictures, etc are stored here.  Or I should say were stored here.  I went to look up a picture on it yesterday and low and behold my phone says my micro S/D card was empty.  What the. . .  Surely it hadn’t.

So when I got home I plugged the card into my desktop and sure enough, it was blank.  I hate that.  But, due to my redundancy, I was saved.  When I bought the phone I put a copy of all the files on one of my externals.  All I had to do is reformat the card and reload my phone’s files.  I’m back up this morning and all’s well.  The issue is, it broke and I know not why.

This po’ farm boy is tired of stuff that breaks.  The Vette may be next.

I'm a 69 yr old guy, who had worked in Naval Hospital Camp Lejeune for 28 yrs and now retired as of 31 Dec 16. I've worked in medical records, Health Benefits Department, Billing, the IT department and retired as the Personnel Security Manager for the hospital. I'm a musician and Corvette enthusiast. Yes, I've have had two. I traded my second Corvette for a Harley Davidson Fat Boy mid-summer 2019. I've already ridden about two thousand miles. I'm also searching for a fresh new outlook on life with new spiritual insight among other things. I was ordained a minister on 20190202. I've found that with the unconditional love of my companion, Libby Rowe life is complete through God. She's a beautiful, vibrant, giving woman who gives her all in everything she puts her mind to do. She and I married 24 July 2015. She's also taking the Apprentice course to obtain her ordination as well. She has a blog to called Under a Carolina Moon. Give it a visit.
View all posts by Jim →
This entry was posted in Humor. Bookmark the permalink.