The Thin Line Is Visible Here 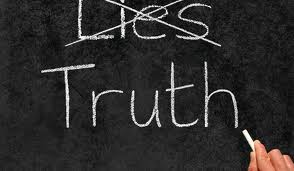 I love my job. I have no complaints whatsoever about what I do. Maybe I need to predicate that statement. It’s a loaded statement. Nothing goes without contradictions. The profession I work in is a great place to encounter a diversity of issues both of the people we vet as well as the people who are way high up the chain.

I’m at ground level and I am likely the most informed as to the nature, character and mannerisms of the people. That is unlike the people who only see the submitted information as to the background of these people. Without free narrative of the information it is cold and dry information that carries no ambiance of the person.

Cold information as to a bankruptcy or criminal past can be only seen as to the facts only. I sit and ask the person who has experienced the cold, hard facts. When I judge their character by their response I get a better picture of what went on. Squirming in their seat, wringing of hands, fluttering of eyelids can be a dead giveaway. Not looking directly at me or speaking in less than an authoritative manner tells me about their feelings of guilt. Some hold their composure, some cry, some beg to not look at them in a negative light. Some though will look at me without any emotion whatsoever as though it didn’t happened. People who will break it down and tell me eye to eye why, where and when without holding back tells me they are willing to face things, learn of the circumstances and make a better life from it.

I find it hard to tell someone with financial issues they can’t be retained when they are doing their best. It’s likely a strong warning will be all that is necessary, especially since our own government cannot seem to find it in their own character to be fiscally responsible and expect their employees to be so.

Character issues are more likely to be something I would recommend release of an employee or not be hired at all. We had to walk out an employee yesterday I know was not fit for the position. I had reviewed their paperwork yesterday thinking I should recommend we scrap this possible employee. The thing is I was on leave during the holidays and I did not know they had been checked in to begin work. This person has many personal issues and really should be in counseling. They are not stable in their mind.

On the other side of my position are the people who are higher up. I look to them for guidance and for the most part I find them most helpful, yet I don’t feel a complete connection with some of them. Some I do possibly because they have sat in my chair at some point in their career. That means a lot to me. In my chair we sometimes walk a thin line. We have to take the heart of people and weigh it against the findings of the cold hard facts. Do I let them go or let them stay? Which is heavier? People of faith say you’re not supposed to judge. Contrarily, I have aught with that. We should judge rightly. I’ll go with the person over dry facts as long as I know they can be trusted. I’ve gathered a lot of ability over my lifetime to know who is and who isn’t. That means more to me. But still by the guidance of security, I have to know when to hold ‘em and I have to know when to fold ‘em. The thin line then becomes visible.

I'm a 71 yr old guy, who had worked in Naval Hospital Camp Lejeune for 28 yrs and now retired as of 31 Dec 16. I've worked in medical records, Health Benefits Department, Billing, the IT department and retired as the Personnel Security Manager for the hospital. I'm a musician and Corvette enthusiast. Yes, I have had two. I traded my second Corvette for a Harley Davidson Fat Boy mid-summer 2019. I've already ridden about seven thousand miles. I'm also searching for a fresh new outlook on life with new spiritual insight among other things. I was ordained a minister on 20190202. I've become certified with the American Chaplaincy Association through Aidan University in June '21. I'm the Director of Emerge Chaplain's Response Team. I've found that with the unconditional love of my companion, Libby Rowe life is complete through God. She's a beautiful, vibrant, giving woman who gives her all in everything she puts her mind to do. She and I married 24 July 2015. She's also taking the Apprentice course to obtain her ordination as well. She finishes up her studies for full ordination in Feb '22. She has a blog too called Under a Carolina Moon. Give it a visit.
View all posts by Jim →
This entry was posted in Work. Bookmark the permalink.