Today I realized something. There was a day when I thought when I died I would not have 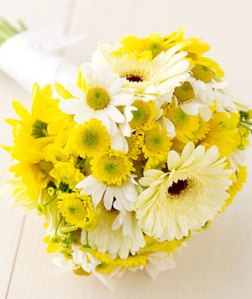 a single soul come to the funeral. Morbid, eh? I felt like I’d lost my last friend during those dark days. One thing that always remained in my thinking was that today does not rule my tomorrow.

Tomorrow is a brighter day no matter what today looks like. I don’t intend to look at yesterday. It’s gone. It can’t be changed. So whatever today brings I deal with it while formulating what I feel I should do. What I should do is determined by what I hear God saying. Sometimes I’m a bit slow at figuring it out, but in the end the Word prevails.

When I met Libby I had no intentions on my mind, but eventually I became aware of something good in her. She was and still is good for my well-being. She is a gem among gems. She’s light where darkness once reigned. I have no words for what she really means to me.

Apparently a lot of people have realized what the two of us have. We are getting married in two days and once the word was out it seems to have taken on a life of its own. Well, I didn’t die. Something better is happening than life itself.

Once the word was out our once thought to be a small wedding has grown. It’s taken on a life of its own. Every time I turn around another person is telling me they are coming to the wedding. Some even looked at me like I am being mean for not having invited them, so I invite them. I have no problem with friends coming that I’ve missed.

There are people who have come out of nowhere to help with the wedding. One member of the church is taking care of setting up the church with flowers and such. Another has taken over the setup of the reception and food for the reception has been taken care of by a group of ladies.

One thing above all is that I have one of my sons and my daughter-in-law and granddaughter are coming. That in itself is a blessing to me.

I am truly thankful for following God in the last couple of years more than any other time in my life. He blessed me with Libby. Past circumstances are nullified by His forgiveness. What Libby and I have is pure in thought and deed. We intend to make the rest of our lives a rich, rewarding time for the both of us.

Now that the thoughts of a lonely funeral are gone, I don’t have to think about that. I have a rich, fulfilling day today and forever more. I have friends. People who think much of Libby and me will be there to witness the joining together of Libby’s and my life. Libby didn’t expect many people and we don’t really worry about numbers of people, but the impact of all these people who will come has had on the two of us. We just didn’t realize how many of them they are.

I'm a 70 yr old guy, who had worked in Naval Hospital Camp Lejeune for 28 yrs and now retired as of 31 Dec 16. I've worked in medical records, Health Benefits Department, Billing, the IT department and retired as the Personnel Security Manager for the hospital. I'm a musician and Corvette enthusiast. Yes, I have had two. I traded my second Corvette for a Harley Davidson Fat Boy mid-summer 2019. I've already ridden about five thousand miles. I'm also searching for a fresh new outlook on life with new spiritual insight among other things. I was ordained a minister on 20190202. I've found that with the unconditional love of my companion, Libby Rowe life is complete through God. She's a beautiful, vibrant, giving woman who gives her all in everything she puts her mind to do. She and I married 24 July 2015. She's also taking the Apprentice course to obtain her ordination as well. She finished her first year of study and has been ordained as an Exhorter. She has a blog too called Under a Carolina Moon. Give it a visit.
View all posts by Jim →
This entry was posted in Love, Ponderings, Soulmate, Spiritual. Bookmark the permalink.